I received this book for free from in exchange for an honest review. This does not affect my opinion of the book or the content of my review. 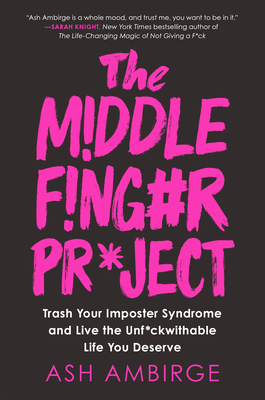 The Middle Finger Project: Trash Your Imposter Syndrome and Live the Unf*ckwithable Life You Deserve by Ash Ambirge
Published by Portfolio on February 11, 2020

Fresh, funny, and fearless, The Middle Finger Project is a point-by-point primer on how to get unstuck, slay imposter syndrome, trust in your own worth and ability, and become a strong, capable, wonderful, weird, brilliant, ballsy, unfuckwithable YOU.
"Don't worry, this isn't a book about God, nor is it a book about Ryan Gosling (second in command). But it is a book about authority and becoming your own." --Ash Ambirge
After a string of dead-end jobs and a death in the family, Ash Ambirge was down to her last $26 and sleeping in a Kmart parking lot when she faced the truth: No one was coming to her rescue. It was up to her to appoint herself. That night led to what eventually became a six-figure freelance career as a sought-after marketing and copywriting consultant, all while sipping coffee from her front porch in Costa Rica.
She then launched The Middle Finger Project, a blog and online course hub, which has provided tens of thousands of young "women who disobey" with the tools and mindset to give everyone else's expectations the finger and get on your own path to happiness, wealth, independence, and adventure.
In her first book, Ash draws on her unconventional personal story to offer a fun, bracing, and occasionally potty-mouthed manifesto for the transformative power of radical self-reliance. Employing the signature wit and wordsmithing she's used to build an avid following, she offers paradigm-shifting advice along the lines of:
- The best feeling in the world is knowing who you are and what you're capable of doing. - Life circumstances are not life sentences. If a Scranton girl who grew up in a trailer park can make it, so can you. - What you believe about yourself will either murder your chances or save your life. So why not believe something good? - You don't need a high-ranking job title to be authorized to contribute. You just need to contribute. - Be your own authority. Authority only works as long as you trust that someone smarter than you is making the rules. - The way you become a force is by being the most radically real version of yourself that you can be. - You only have 12 fucks a day to give, so use them wisely. 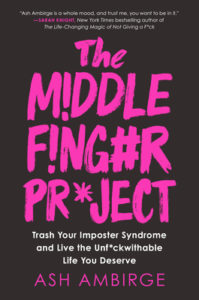 Read this book the next time you are stuck in a “WTF” loop! It will be your lifeline.

Coming on February 11th, Ash Ambirge’s book, The Middle Finger Project, is the book that’s been at my side while creating the podcast and planning my 2020. I want you to find the same clarity I have so preorder it NOW. This is not your mother’s self-help book. This is for all of us who don’t fit the mold or said screw the mold, I’m doing it my way. Ash didn’t need the perfect life to be a successful writer, marketer, entrepreneur, and general badass and you don’t need perfection either. Filled with stories, wisdom, and enough examples of the power of resilience to think she bottles that stuff, you are bound to feel more comfortable in your own skin after the first chapter. 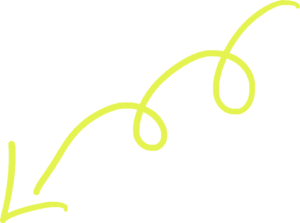 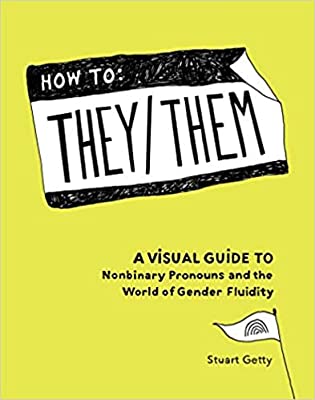 The Calling by Rha Goddess
Nonfiction November 2020 Is Here!
Stop Missing Your Life by Cory Muscara